Khloe began her stay with us in February of this year. When she first arrived at our shelter, she was a little shocked at the change of environment and did not appreciate being confined to a kennel without the ability to roam freely. After a month of being in our care, she still didn’t allow our staff to handle her and so we decided to place her in a quieter space in the shelter in the Dog Receiving room. This also gave us some flexibility because her new kennel had wheels and was mobile, which was perfect since we knew that eventually we wanted to move her into one of our offices. It took some work to make sure she was comfortable. Since cats are naturally more relaxed in higher spaces above waist level, we rearranged her new living area so that she was on the highest level and would have more room. 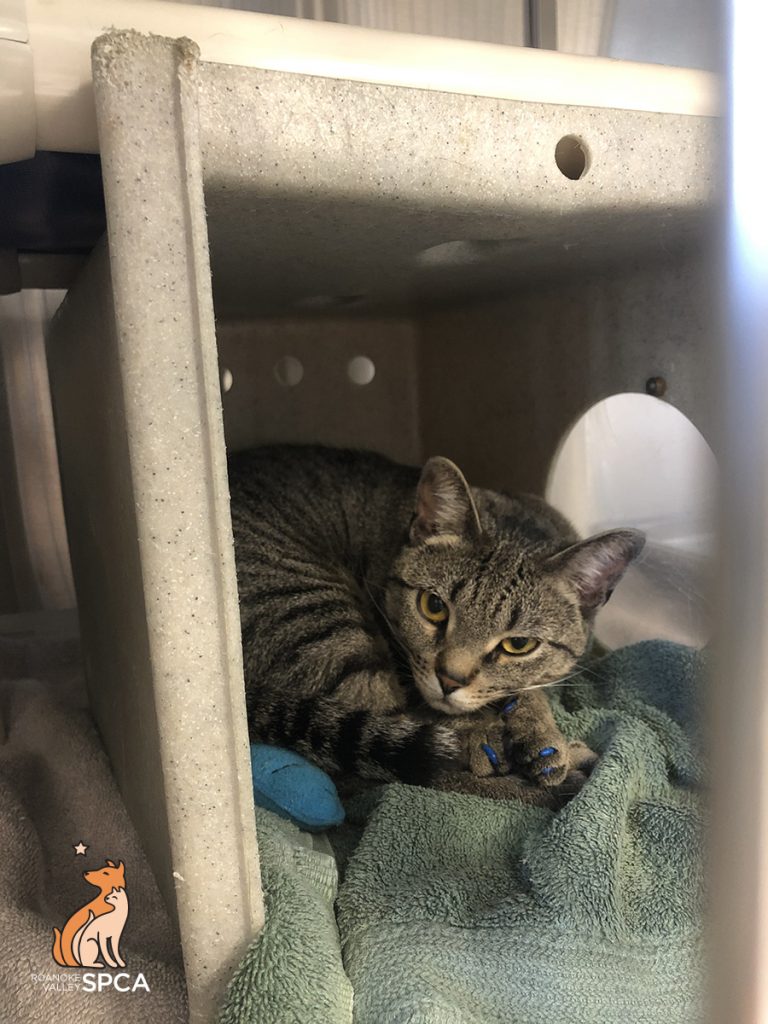 After letting her acclimate to the new kennel area for a couple of weeks, we wheeled the entire kennel into the office of our Feline Foster, Intake, and Enrichment Coordinator, Katie, so that Khloe and Katie could interact more together. This also allowed Katie to observe Khloe more frequently. Khloe seemed to be more territorial of her space as she got more comfortable in it, so our veterinary team placed claw coverings on her claws. This is a safe alternative to declawing a cat and keeps Khloe from being able to scratch us if she’s feeling feisty. Katie provided a variety of enrichments to keep Khloe from becoming bored, and also to get her used to more human interaction. Khloe was a whiz at figuring out her food puzzle toys, which helped to stimulate her brain.

This set up also allowed Khloe stretch her legs and explore outside of the kennel since we could let her out into the office while her kennel was being cleaned. Since Khloe still wasn’t allowing us to touch her much, we used treats to motivate her back into the kennel when it was time for her to go back in. Khloe is extremely treat and food motivated so we use that to our advantage through positive reinforcement.

We kept working with Khloe to see if we could increase her comfort level with us. We moved her into a cat condo for a while, and also brought her into our larger meeting room to see how she felt in there. Eventually we decide to see if she could free roam in an office comfortably. For cats, having them in offices here at the shelter can tell us a great deal of valuable information. Cats sometimes take a much longer period to acclimate to a new environment than dogs. Because of this, we often see if shy cats will do well in one of our offices rather than sending them out to foster care like we might for a dog. This gives us the ability to monitor cat behaviors more closely. 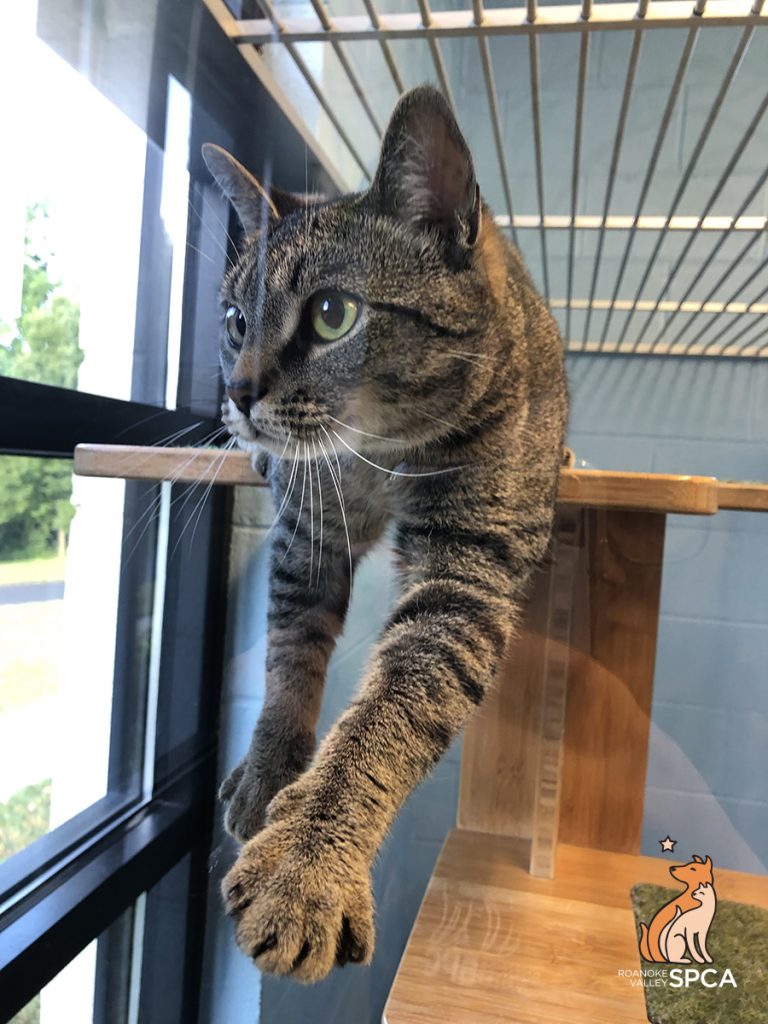 Khloe very quickly opened up and embraced her new office! She was soon able to expand her environment and travel into the neighboring office too. Now, she greets visitors readily and even waits by the first door to give them a quick chirp and head butt on the legs. She sometimes demands attention, but wants everything on her terms – leading us to sometimes refer to her as “Queen Khloe.”

In early August, she was finally cleared to be available for adoption! She’ll need a special adopter to work with her and keep her mentally and physically stimulated. If she gets bored, she could potentially start playing with her humans inappropriately (using her claws). It’s essential that Khloe has windows to look out, and a variety of places to climb and explore. She also really enjoys plush mice toys as well as wand toys scurrying across the ground for her to chase. She likes to be the center of attention and has made herself known in many of our team zoom meetings, and she will even be the first to let you know if your food or drink is safe for consumption by testing it if you’re not careful! If you would like to find out more information about Khloe or if you are interested in adopting her, please reach out to us at 540-339-9247 and be sure to check out her bio! 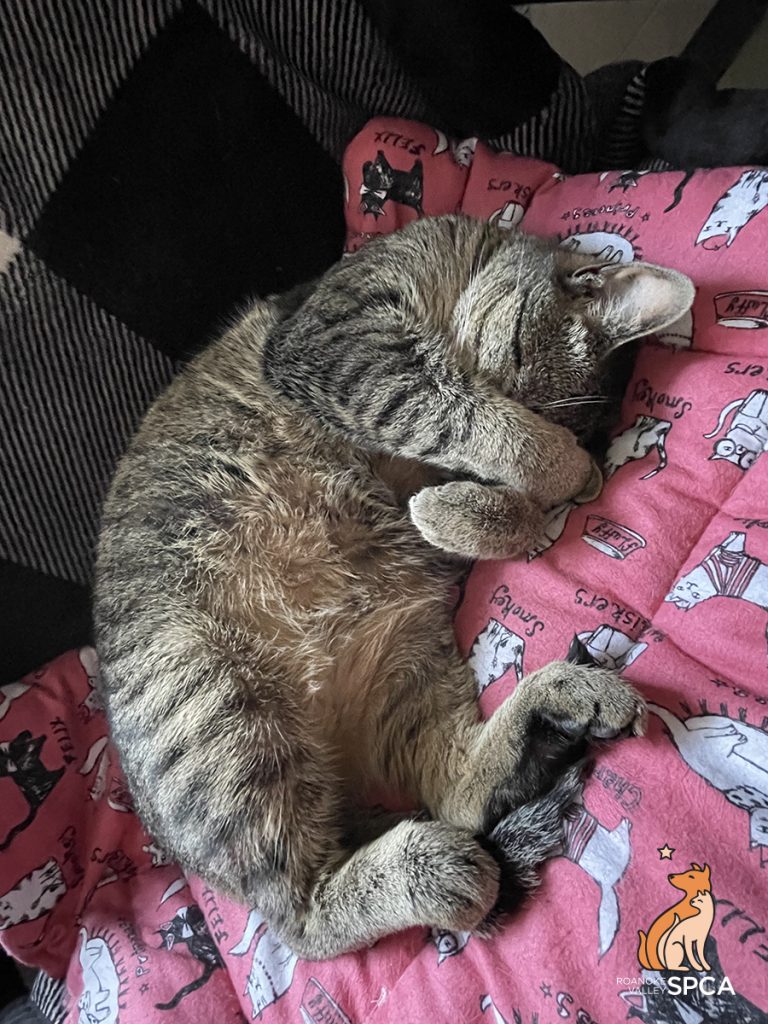